In 1907, Dr Kikunae Ikeda, a chemist, started to develop the UMAMI taste from Konbu seaweed, and acquired a patent for manufacturing it a year later. Mr Saburosuke Suzuki II acquired a joint share of the above-mentioned patent with Dr Ikeda and set up Suzuki Seiyakusho Co. (whose name was changed into Ajinomoto Co. Inc. in 1946) in order to market "Umami" in 1909.

It was an instant success. Ajinomoto Co. Inc. won a bronze medal at the first Japanese Invention Exhibition held in the same year. 106 years later, the company has kept the open-mindedness that presided over its creation and broadened the scope of its activities (towards scientific research and pharmaceuticals health in particular). 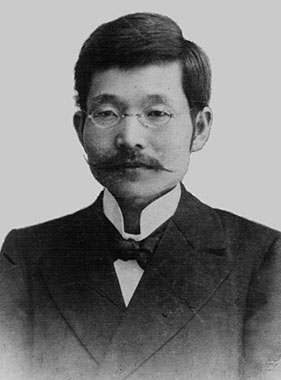 Our company was founded 106 years ago with the discovery of "umami". The founder's original aspiration, consisting of a "frontier spirit" and the "creation of new values", is still at the core of Ajinomoto's activities and preoccupations.

Spread over 26 countries and areas around the world, the various employees of the Ajinomoto Group develop the business stemming from each local culture.

Ajinomoto® was exported to Taiwan in 1910, which is the next year of the company's founding. The New York office was established in 1917. The number of countries and areas selling Ajinomoto Group products now exceeds 130.

The Kawasaki Plant, which is the mother plant, celebrated its 100th anniversary in 2014. We are now developing plants in 21 countries and areas around the world, delivering safe and reliable products to customers throughout the world.

The number of R&D workers of the Ajinomoto Group, which was approximately 100 in 1956, has highly increased with the growth of the business. This is why the Ajinomoto Group is said to be an unrivalled food company driven by technology